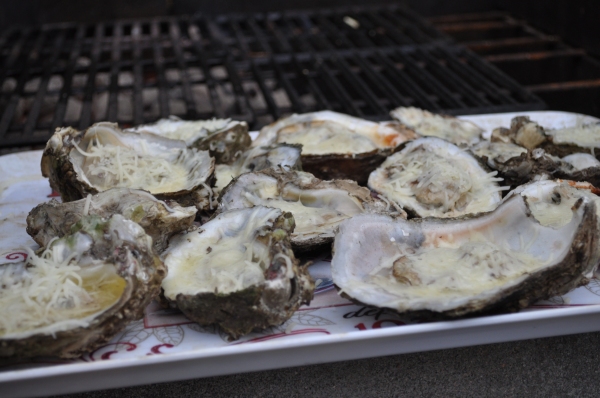 With several dozen oysters needing to be cooked, I reached out to the interwebs in search of the best recipe.  Like its city of origin, this oyster dish has an interesting history.

In the mid to late 19th century, economic recession and perhaps a little religious persecution brought Croatians from the edge of the Adriatic Sea to Louisiana.  Also known as Dalmatians, these people were skilled in mariculture –growing stuff in the sea.  They settled in Plaquemine Parish and are credited with starting the commercial oyster industry in Louisiana.   Some settlements still speak Croatian today, and there was  a time not long ago that if you bought an oyster around New Orleans, you bought it from one of these Dalmatians.  Pretty cool.

Included in this wave was restaurateur Drago Cvitanovich.  Loyal to his expat countrymen, Cvitanovich would meet the oyster men down at the wharf in New Orleans and buy the premium oysters reserved only for him.  Later his son Tommy would be inspired to create the famous recipe Drago’s Char-Broiled Oysters.  Here is another version, and yet another.

My criterion for determining a Tremendous Recipe is threefold: complexity, taste, and manliness.  So with that, lets review:

The most complicated part of this recipe is getting the right oyster.  Freshness is paramount and size, species, and ease of opening are all important considerations.  I wholeheartedly suggest getting them yourself.  If not possible, visit a trusted fishmonger.  You can also take your chances at the supermarket, and sometimes you will score big because they are cheaper.  But if you smell sulfur run.

The method is simple.  Shuck.  Place on the half shell over a hot fire.  Mop in melted garlic butter.  Cook 5 minutes or until plump.  Remove and add mixture of cheese and parsley.

As the oyster enters your mouth, melted Parmesan and Romano cheese, with rich and deep smokey undertones, greet you initially. Then, as your teeth  cut through the oyster a salty sweet explosion of flavors rushes over your tongue.  Chewing the rest is almost painful it tastes so good.  Good French bread is the appropriate accouterment, and dipping a hunk into the  shell of left over oyster flavored garlic butter is a five star appetizer in and of itself.  The best tasting seafood dish I’ve experienced.

Cooking over fire is always manly.  Moreover, gathering and shucking oysters is dangerous work.  Champion Shucker Patrick McMurray, in his wonderful tome Consider the Oyster: A Shucker’s Field Guide, notes that the French treat about 2000 injured oyster lovers every Christmas due to shucking mishaps.  Combine fire, danger and the known effect oysters have on the amorous, and you’ve created a manly dinner.

Until you can make it down to New Orleans and stop by Drago’s, do yourself a favor and make this dish soon. 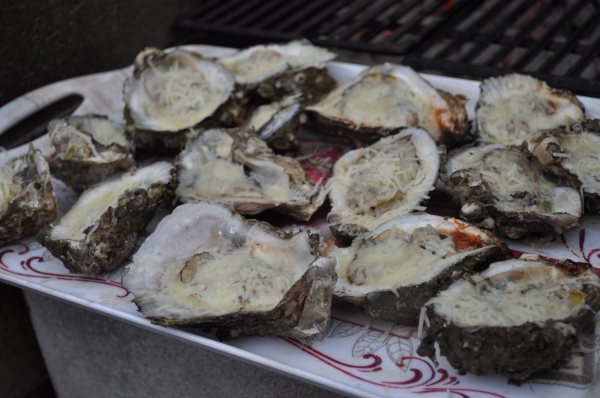