A Cooler Full of Shame 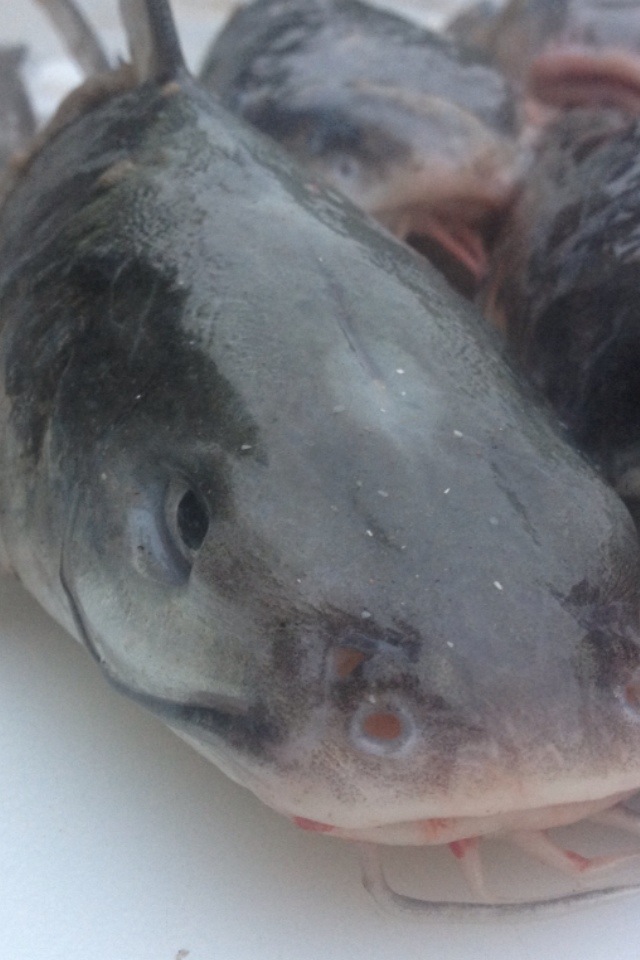 So I cleaned some hard-heads. Judge me if you wish. I’m not ashamed, but I will admit I did wait until any passing 4 wheel drive vehicles were out of sight before I put one of my son’s fish into the cooler. For the uninformed, hard-head catfish are a despised animal in the manner of the mosquito, and have no similar counterpart in the freshwater. They look like a catfish–true; but no North American fresh water fish draws the ire of fishermen quite like this little sea catfish who doesn’t get more than 3 pounds.

Grown men with a Dexter-like gleam in their eyes find ways to make the little fish pay, and often get finned in the process. Me? I don’t have a personal hatred toward the hard-head, he’s just doing his thing. Yea, they get in the way at times when fishing with bait, but I rarely pass up a shrimp meal either. I have been finned by one of the little spinning devils and it was not a fun experience. Their slime is a bit toxic and the dorsal fin has a barb which makes detaching the fish painful. They are found all over the gulf and up the eastern seaboard. Right or wrong, there is a perception only vacationers and the foreign eat the “tourist trout.” Despite these risks and shame, I filleted a few. But lets back up, and start at the beginning… 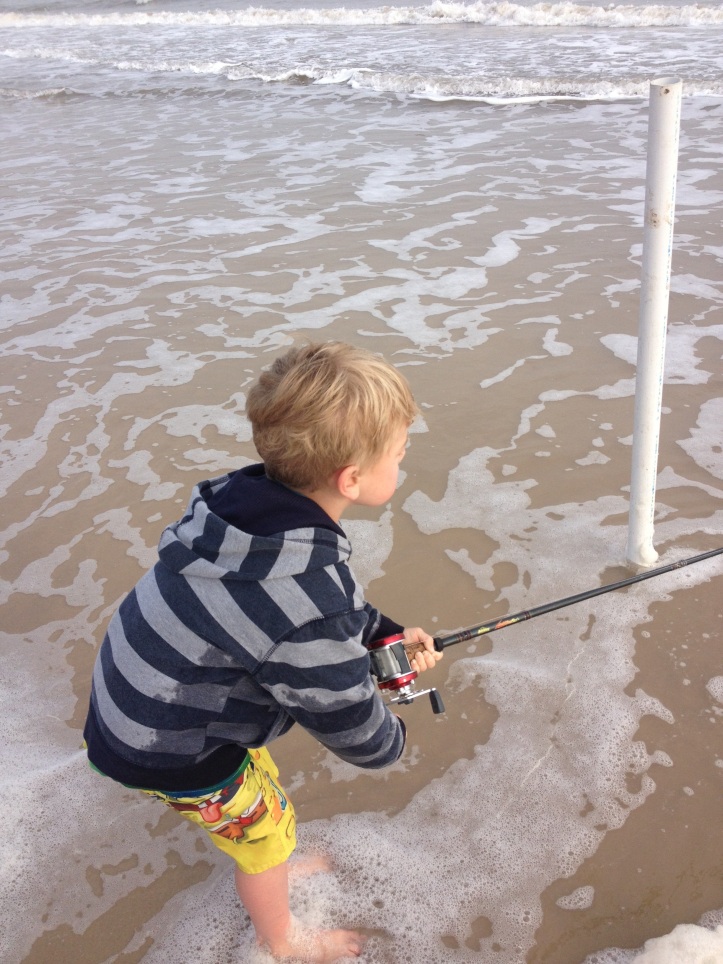 My 19 year old nephew has been itching to do some fishing. It doesn’t take much for me to hit the water, and though just off a fun, albeit unproductive fishing trip with my cousin Quentin, I was raring to go again. So after church Sunday, we picked up Anthony and hit the gulf. For reasons only known to him, my oldest son opted to forego the trip and so with my little 4 year old man-cub and nephew in tow, we ventured to the beach. 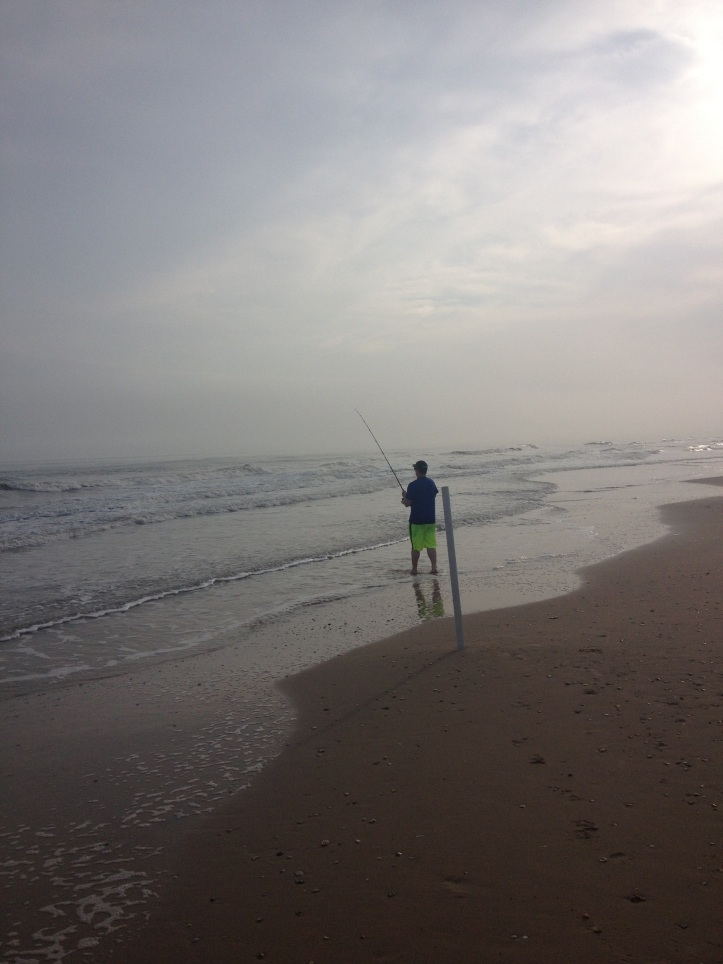 In the first five minutes, we landed 8 hard-heads, each about 2 pounds each. Keegan, my little guy, desperately wanted to keep them, but we threw them back (un-Dextered). I decided we needed some different water to get away from these voracious slime goblins, and so moved down the beach a few miles. During the drive my son asked why we throw back the hard-heads, though they clearly looked like freshwater catfish and were plenty big enough to fillet.

“Ever eaten one?” he asked.

“Then how do you know they are no good?” 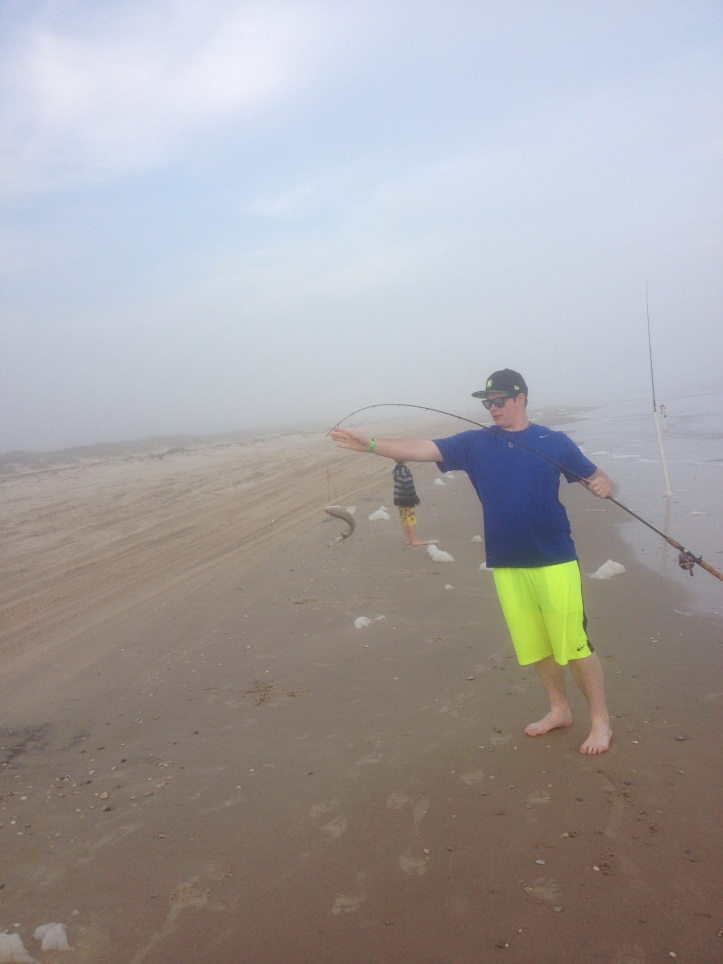 Pulling over about a mile down the beach, we cast the rods back out . In no time, we were in the hard-heads pulling them in left and right. This time, Keegan insisted we keep a few. I told him I’d clean one, and soon we started catching whiting as a thick fog rolled in. So with a cooler full of whiting and hard-heads we loaded up and headed home.

At the fillet station with my stainless steel glove on, I immediately noticed the incredible amount of slime these suckers produce. Fortunately, it rinsed off easily. Second, where a normal fish fillet begins just behind the gills, a hard plate covers their back almost to the dorsal fin. This cuts the fillet size in half. Third, they were a bit bloody when compared to the whiting; blood oozed from the meat. They have a red bloody area, like whats found on a white bass or striper, but not quite as big. I liked that their white fillets were firm, and not mushy like you see with some fish (sand trout). I used a basic brown ale beer batter and did the frying in bacon fat. 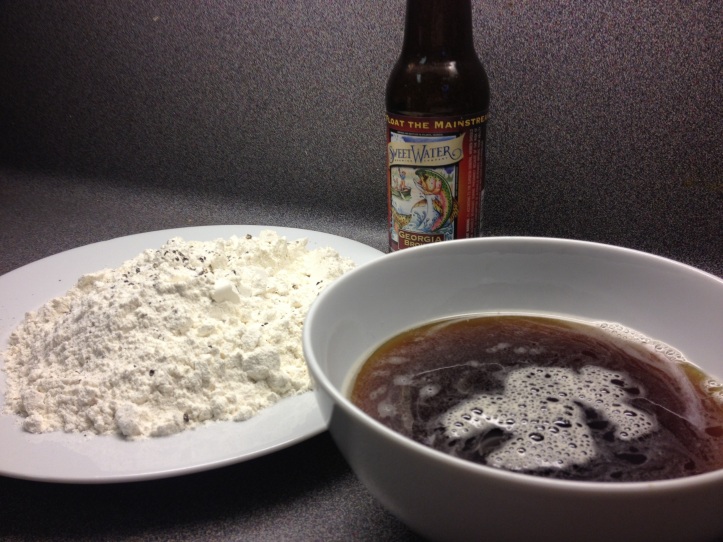 I took the bloody fillets as an ill omen, but I was wrong. The firmness was pleasant and I think would lend itself well to ceviche. I expected a strong oily flavor like a Spanish mackerel or bluefish, but found it mellow in the order of sea bass and redfish. My wife who knew nothing of the ill repute of the hard-head said they tasted fine and my boys munched them down quickly. 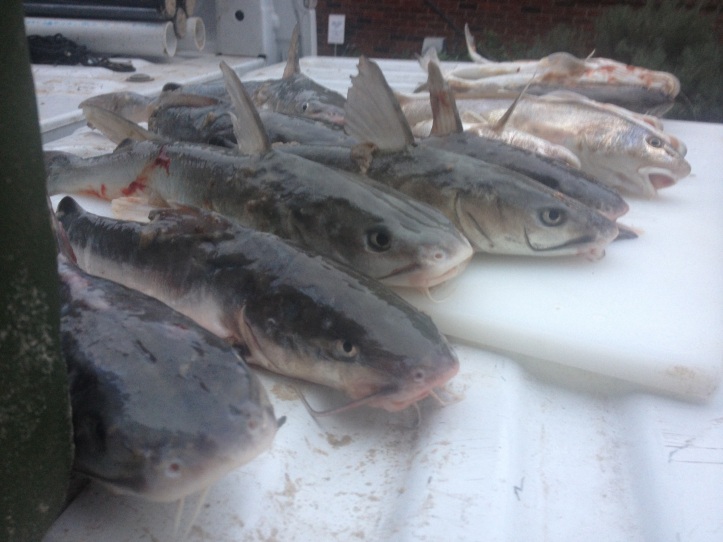 Will I be keeping hard-heads from now on? The answer is probably not. They tasted fine, but the fillet size disappointed even though they were the largest one’s I’ve caught. More concerning is the risk involved in cleaning them. Getting finned hurts like hell, but I did manage to clean the seven we brought home without issue.