The Most Expensive Deer 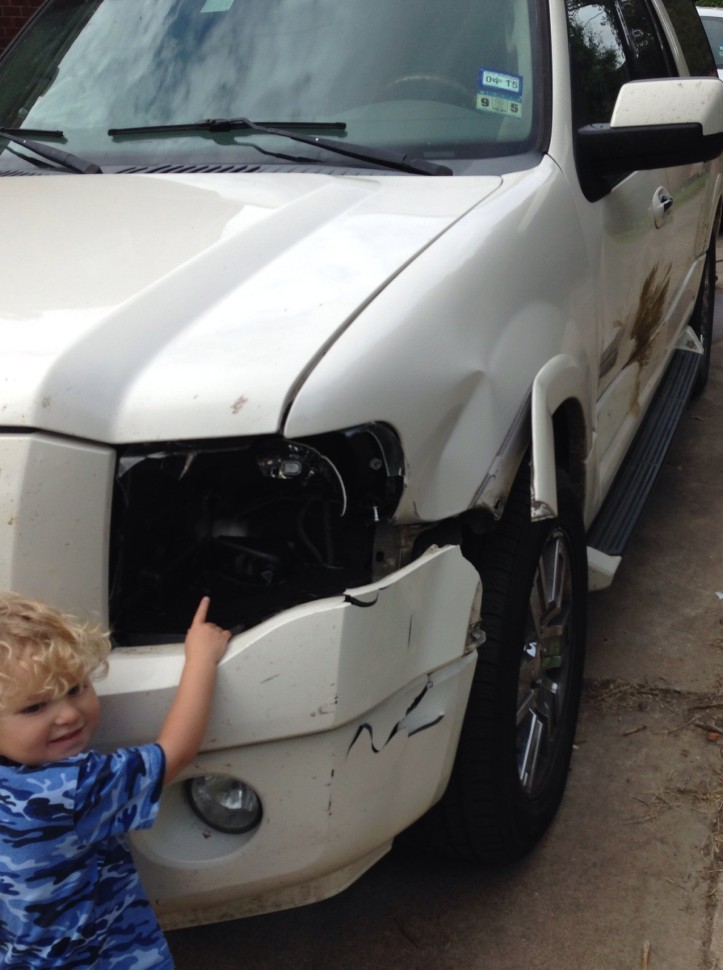 After hunting all day Saturday and until 4 on Sunday, I load the family up and drive the 6 hours home.  At the 5 hour 50 minute mark, about 11:30 at night, out jumps a buck from the oncoming traffic lane and waylays my SUV.  Susan and the boys transition from deep REM sleep to ear piercing screams.  I brace for a shower of  glass that never comes. Side airbags deploy. 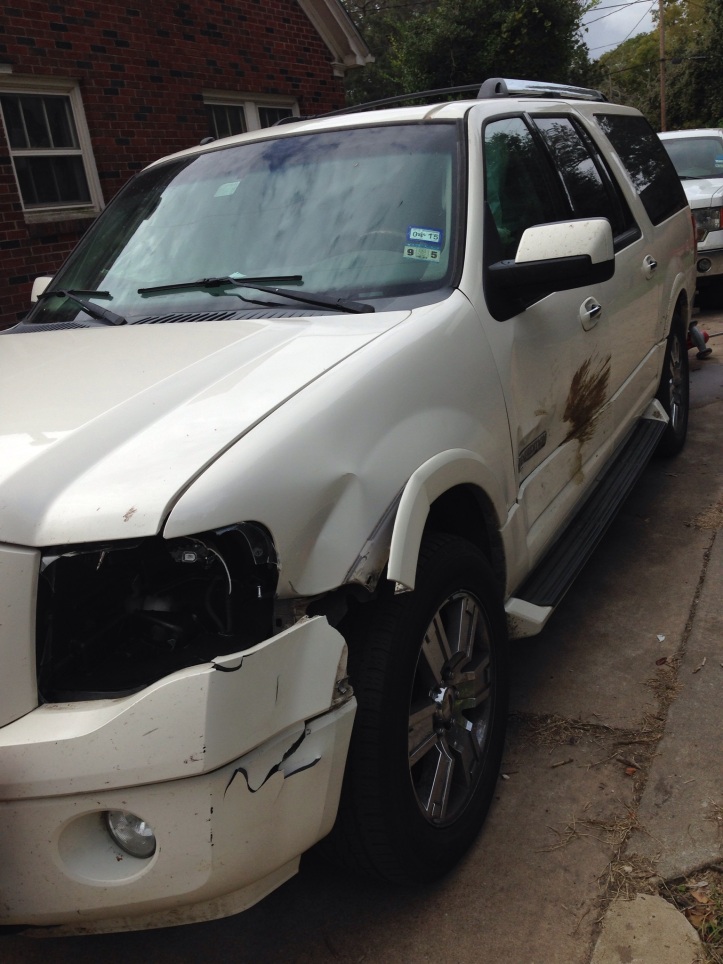 I neither tap the breaks nor swerve.  Cruise control maintains my speed and I slowly gather my wits.  Thankfully, no one was hurt.  We are less than 10 minutes from home, on a highway that dissects a couple thousand yards of San Augustine grass, which isn’t exactly prime deer habitat. 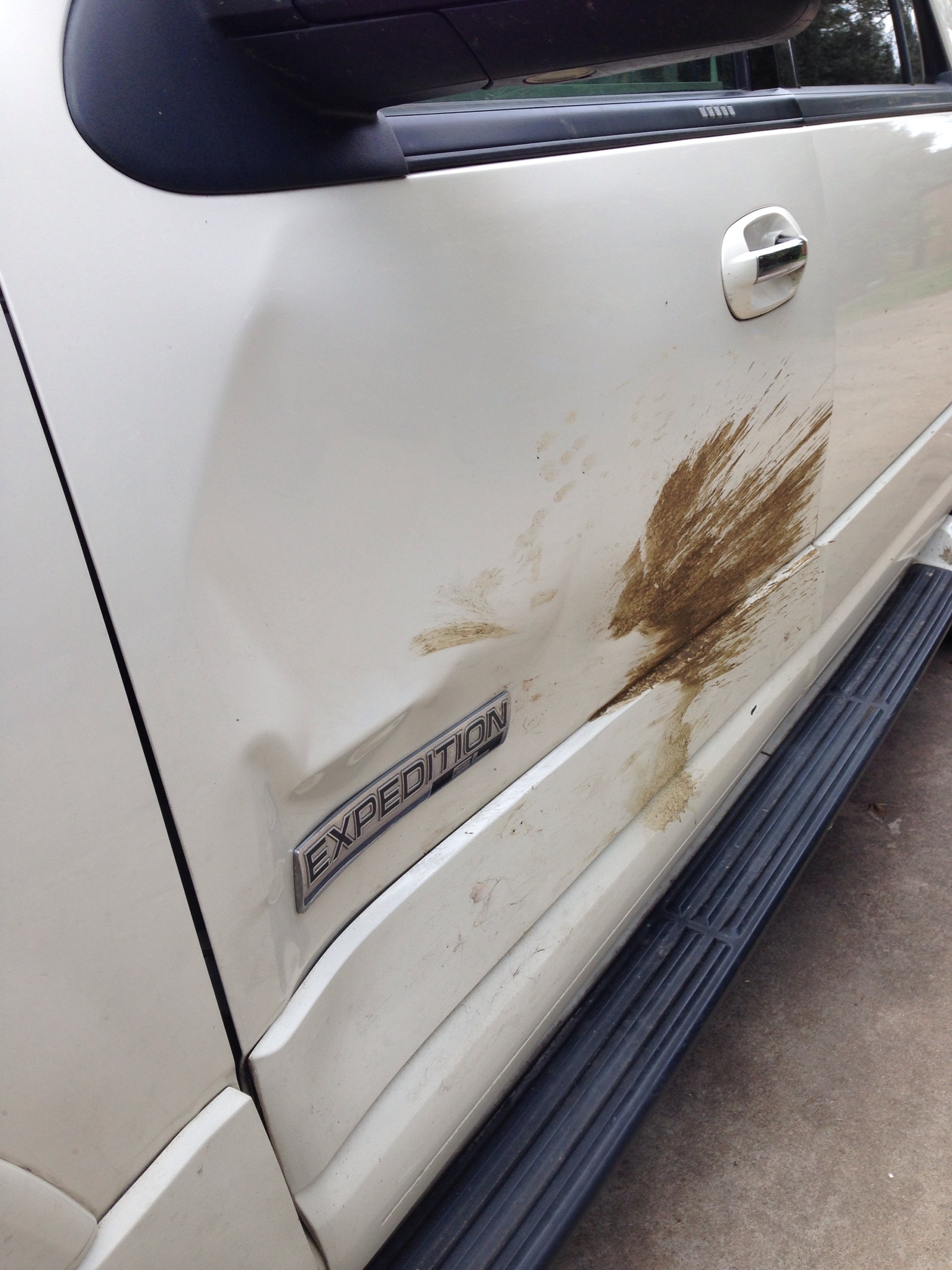 The Expedition is running fine, but my driver side light doesn’t work.  With 140,000 miles and airbags deployed, I figure it’s totaled.

The irony is not lost on me.  Turnabout is fairplay.  I get it. Officially, the buck caused $12,700 worth of damage–or roughly a guided Dahl Sheep Hunt.  I now have another reason to fill my freezer this fall.

On a happier note, the next night my dad proves half camo and a Ricola hat is all that is needed to exact a certain measure of revenge on Bambi’s dad. 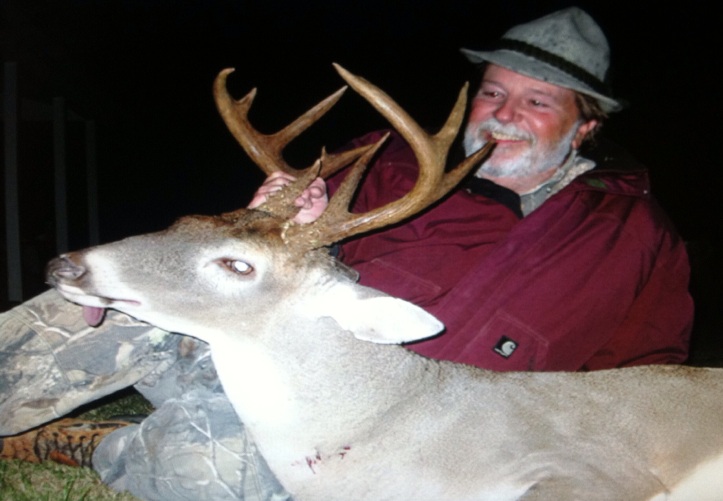 Anybody else hit a deer before?  What’s your most expensive roadkill?