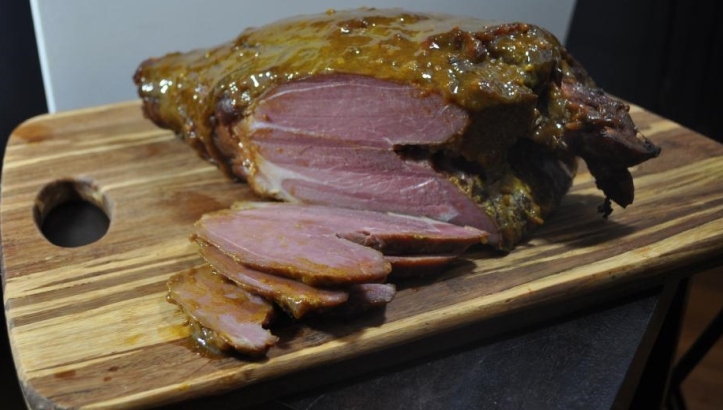 Some things are just simple.  I’d like to tell you this is a complicated recipe and only really accomplished cooks should attempt–but the truth is making the classic holiday ham is ridiculously easy. The most complicated part of this is acquiring the equipment you need–a giant bowl, smoker, kitchen scale, and refrigerator space.  Still, not that difficult.

I prefer the leanness of feral hogs to commercial pork.  It’s less greasy and the muscle fibers are more dense, so if you’ve got access kill a few.  When butchering, I leave the bone in because I don’t want to tie anything. Plus, hambones.  This is from the big boy my son and I shot in August.

This recipe is for a 10 pound ham, so use your math skills to match the ratio for salt, sugar and water in the brine; and for how long to brine if yours isn’t ten pounds. Everything else can be adjusted to taste. 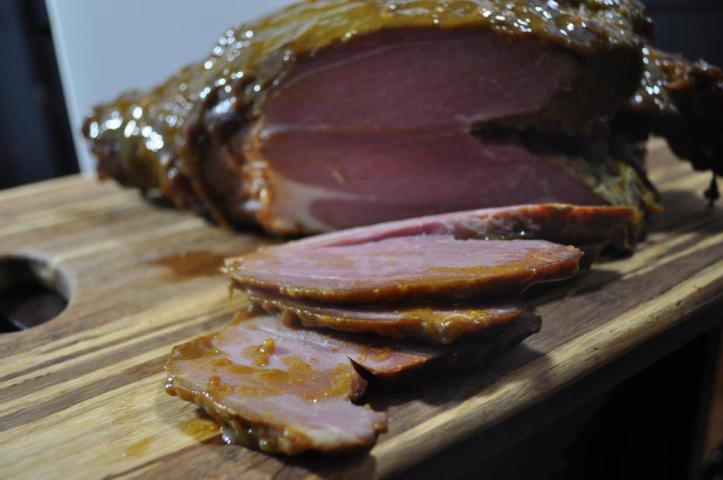