Snapper Fishing on the New Buccaneer 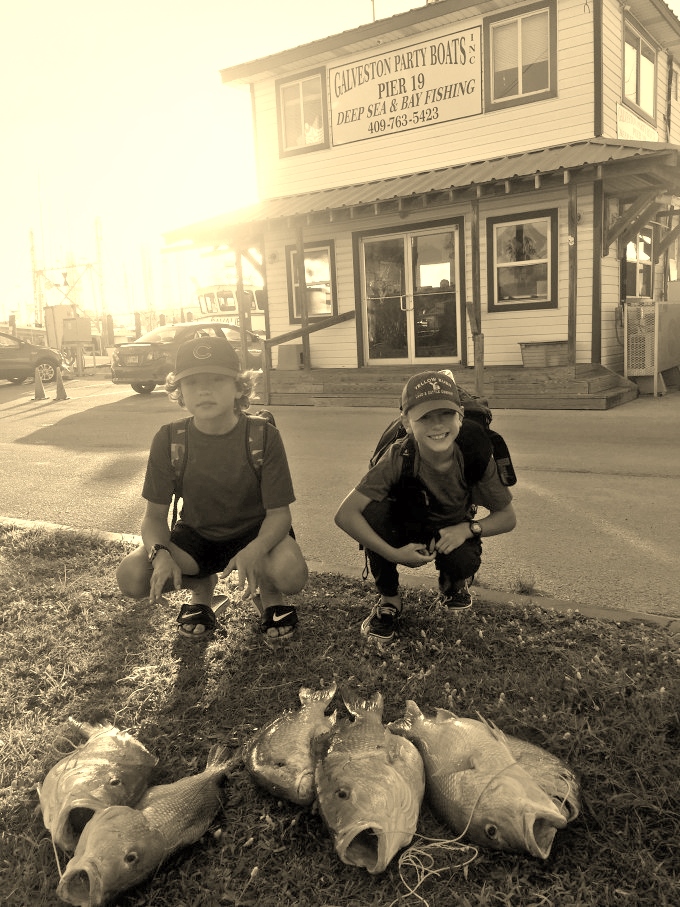 My middle son, he’s not much of a morning person.  A deep sea fishing trip sounded fun to him, but getting up at 4, not so much.  Quite the conflict for his 8 year old brain.  After a bunch of encouragement where I used the term “gigantic” “whopper, and “big old shark” and he brightened.  The thought of a whopper revved him up and so we got up early the next morning and got after it. 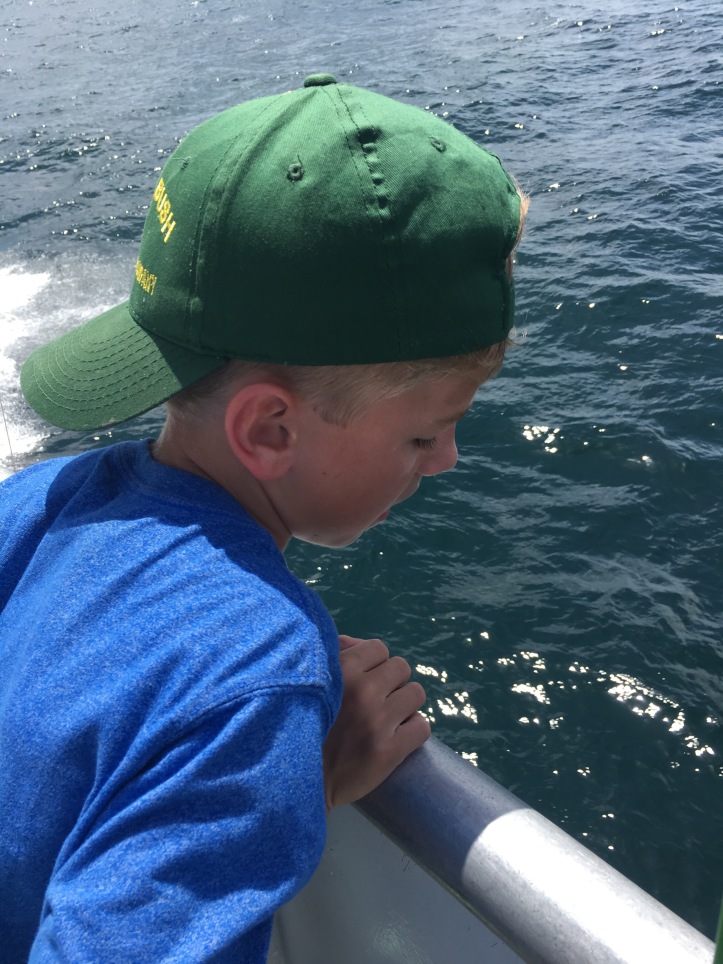 Here’s what I learned:

1. I’m glad we used the dramamine and bonine. I took both the night before and morning of the trip. Redosed around noon. The boys just took the dramamine on the same schedule and did great. We also thought eating dill pickles helped the little nausea we experienced.  Didn’t puke, bark charlie, talk to ralph about a buick, quote O’Rourke, toss cookies, blow chunks, shout groceries, or vomit one time.  Others did. 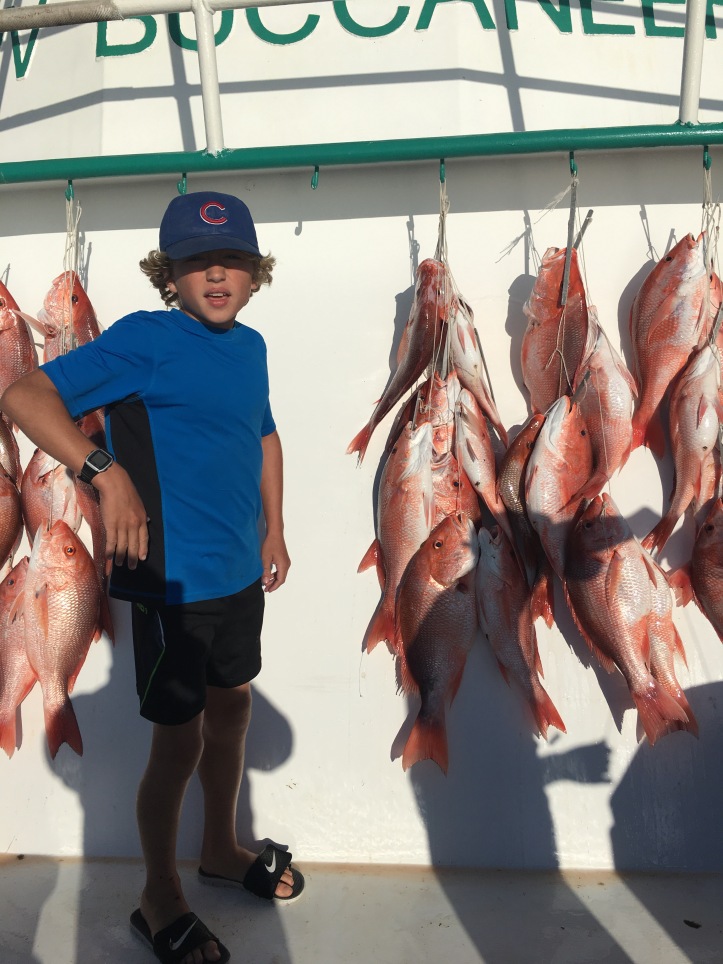 2. Learn to vent a fish so you can keep the right fish. Many people on the boat were keeping 16 inch fish when plenty of fish 20+ inches were to be had. 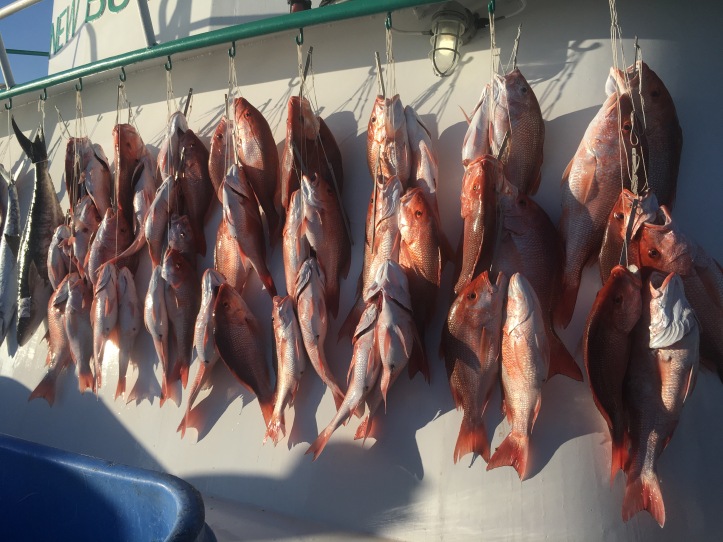 3. Bring plenty of cash. I brought enough to tip the deck hands, but not enough to pay for filleting the fish. No biggie, I wanted to show my 5 and 2 year old the fish anyway. 4. Big baits are good for big fish and they are not always on the bottom. We caught many of our biggest ones halfway to the bottom. I even caught one big one free lining sardines for king fish.

5.  Expect tangles. Just relax, take your time, the fish will still be there and just get untangled and back to fishing. But, learn to recognize if you are playing tug-o’-war with another fisherman.

6. Snagging a spot in the AC on the way out was definitely smart. I would recommend bringing a dvd player or other diversion to pass the time on the trip out and in.

7. A pair of gloves would have been nice, and I forgot them.

All in all we had a fine time and Keegan did great.  The battles between him and the snapper were epic.  He was glad he came and I was proud to see him push through his trepidation.  A fine time had by all.