“Daddy, the snipe are gone.  Let’s go get some cheese sticks from Sonics!”

And so my 6 year old hunting partner unceremoniously verbalized what was clear after visiting my two best spots: the reverse migration had begun and my season was over.

To date, this was the best year of snipe for me yet.  I finished with several limits, multiple bonus snipe while targeting ducks, and a slew of fine memories.

The first snipe of the year came in early December. Like most of my hunts, I took him walking the edge of an irrigation canal.

My first limit.   This was the signal the snipe had arrived in full force.  Got a bonus gadwall as well. 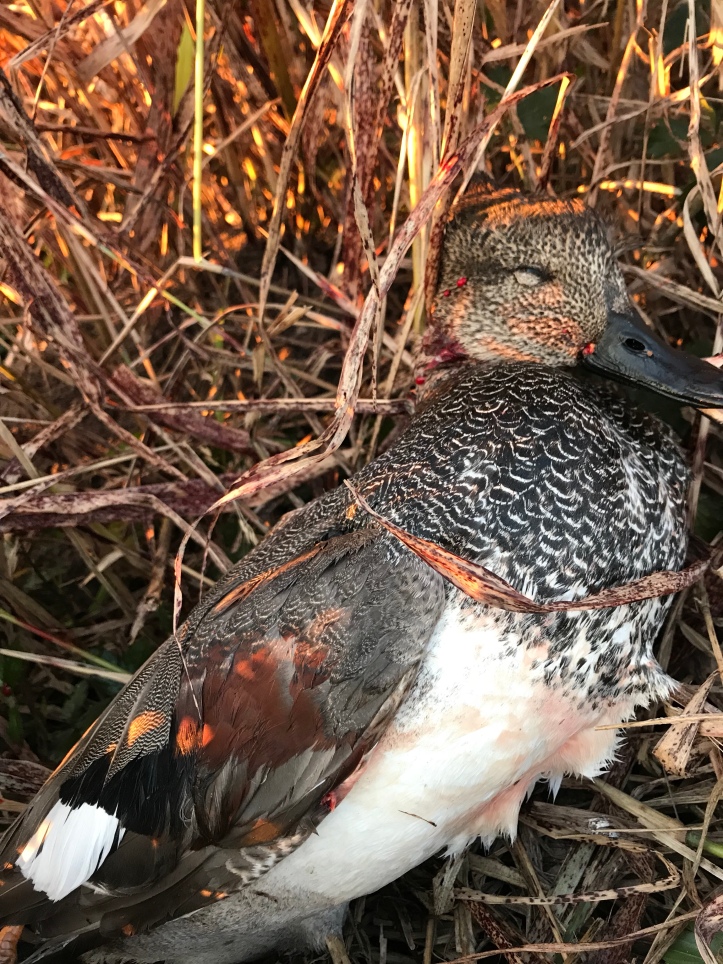 Another hunt was along a flooded ditch which was easy since I was walking on tierra firma.   This is reminiscent of quail hunting and I picked up a bonus rabbit and a couple dove in addition to my limit. 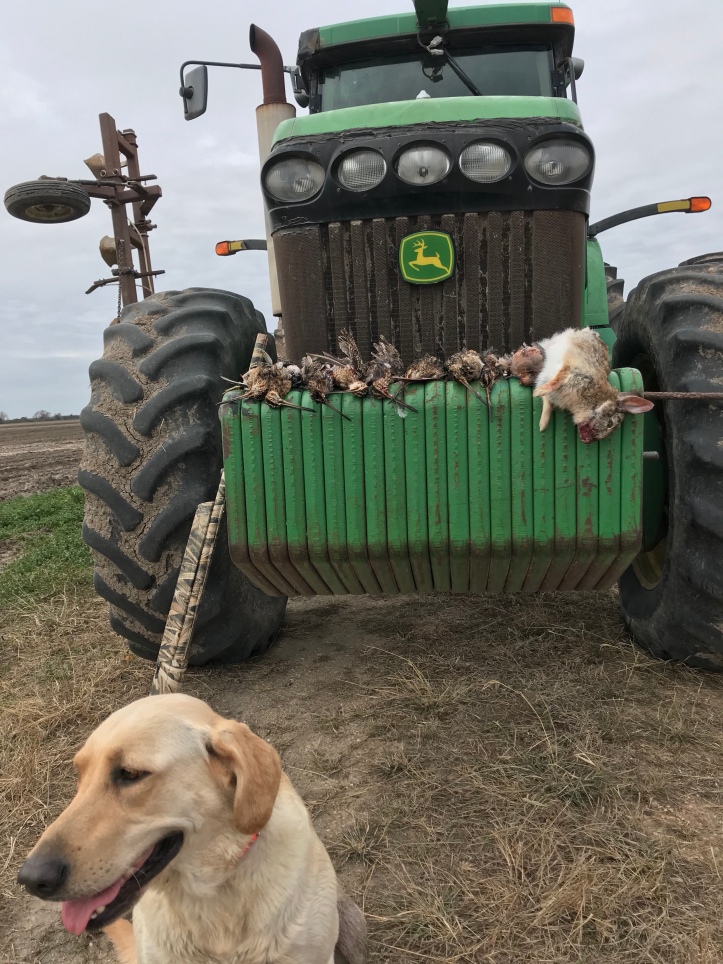 Fiona doesn’t lock down and point like an English Pointer, she ranges close and will occasionally get “birdy.”  Mainly she flushes and then finds all that I shoot.

She certainly does the dirty work.

I’m looking forward to quail and pheasant hunting with her next year. 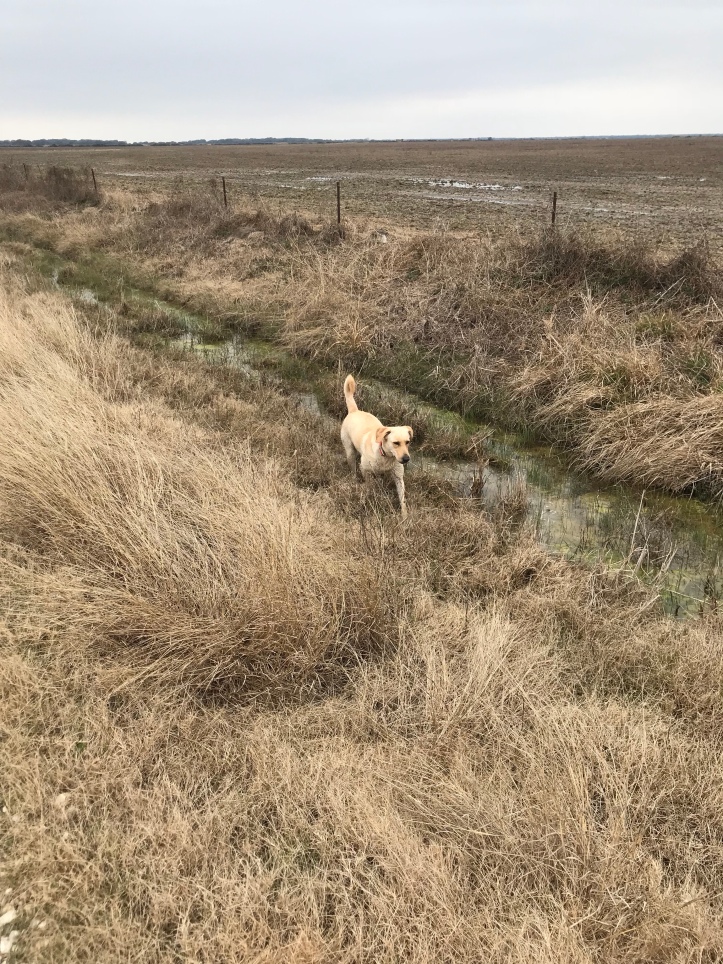 On another duck hunt, the levy I walked to get to the pit let me flush three snipe while I carted my equipment back to the truck.  Another fine snipe bonus.

My favorite hunt of the season was a late afternoon snipe hunt that included a pair of sandhill cranes flying dangerously close to the ground.  After that limit, I stumbled upon a snipe convention and quickly limited out in 15 minutes.  I’ve never seen the number of snipe in such a concentration.  I walked  two concentric circles around this flooded field, shot 2 boxes of shells, and limited out.  I’m not an efficient snipe shooter by any means.

Opposite ends of the spectrum in terms of size, both of these birds are a great to eat and limit is certainly challenging for vastly different reasons. 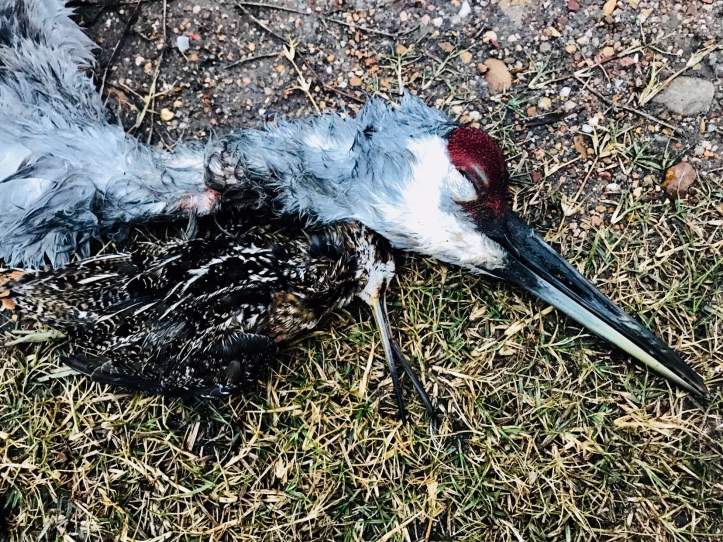 Overall, it was short but fine season.  The joy of flushing these small birds has excited an upland interest I plan on exploring next season with trips to the Panhandle and Iowa in the works. 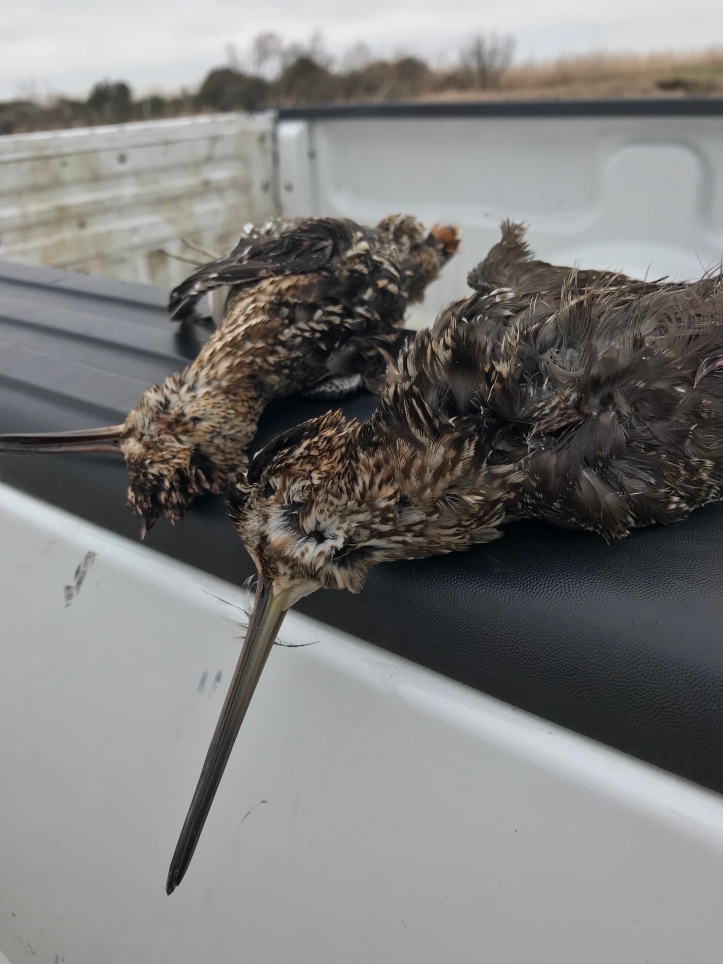 Have any of you followers hunted snipe?